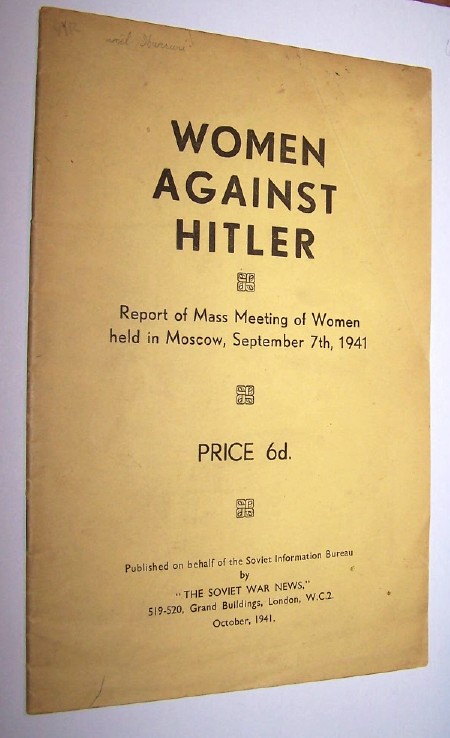 30 pages; Publisher's pale yellow printed wrappers. OCLC: 21344032 Minor time toning, a faint crease to the upper corner of the front cover, and some light browning of the paper stock throughout, but still a handsome and presentable copy of this scarce pamphlet, which records for the first time in English, a famous mass meeting of anti-fascist women in Moscow. The last of the speeches recorded was by Dolores Ibarruri, the renowned Spanish Republican leader better known in Leftist circles around the world as "La Passionaria." This pamphlet is now quite rare (3 copies only in the OCLC), and is NOT to be confused with the 16 pp. excerpt under the same title published the following year by the Communist Party of England (and reprinted by the English Communists as recently as 1986). ; Experience the pleasure of reading and appreciating this actual printed item. It has its own physical history that imbues it with a character lacking in ephemeral electronic renderings.