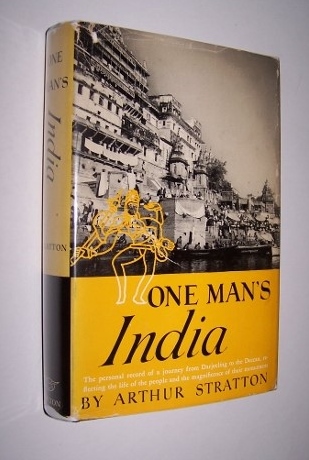 By: Stratton, Arthur ; [Inscribed by the author to Kermit "Kim" Roosevelt, Jr.]

Autograph; 282 pages; Inscribed on ffep from the author to Kermit Roosevelt -- For Kermit Roosevelt / from / Arthur Stratton / with a good deal / of pleasure in / the gift. / 1956" (from one spy to another spy). Clean and tight in original binding in dustjacket with tears and chipping (now in mylar cover). The author and the recipient were both key intelligence officers in the Office of Strategic Services (precursor to the Central Intelligence Agency). Kermit "Kim" Roosevelt, Jr. (1916 - 2000) was the grandson of President Theodore Roosevelt. He was a career intelligence officer who served in the Office of Strategic Services and was the mastermind of the Central Intelligence Agency's Operation Ajax, which orchestrated the coup against Iran's democratically-elected Mohammed Mossadegh administration, and returned Mohammad Reza Pahlavi, the Shah of Iran, to Iran's Peacock Throne in August 1953 for the purpose of returning Western control of Middle Eastern oil supplies. In addition to being an interesting travel writer and novelist, Arthur Stratton was also an intelligence agent with the OSS. In 1942, while serving as an ambulance driver with the Free French Forces in the Eighth Army commanded by Montgomery, he was very severely wounded, more than ten times, while evacuating wounded soldiers at Bir Hakeim in the Libyan Desert. After recovering from thee wounds, he was recruited by the OSS and relocated to Turkey, where he taught English in Istanbul. He later worked for the CIA for ten years, often returning to Turkey (where he likely encountered Ambassador George McGhee who played a role with Roosevelt in the coup against Mossadegh). This book was his first major publishing success. ; Signed by Author