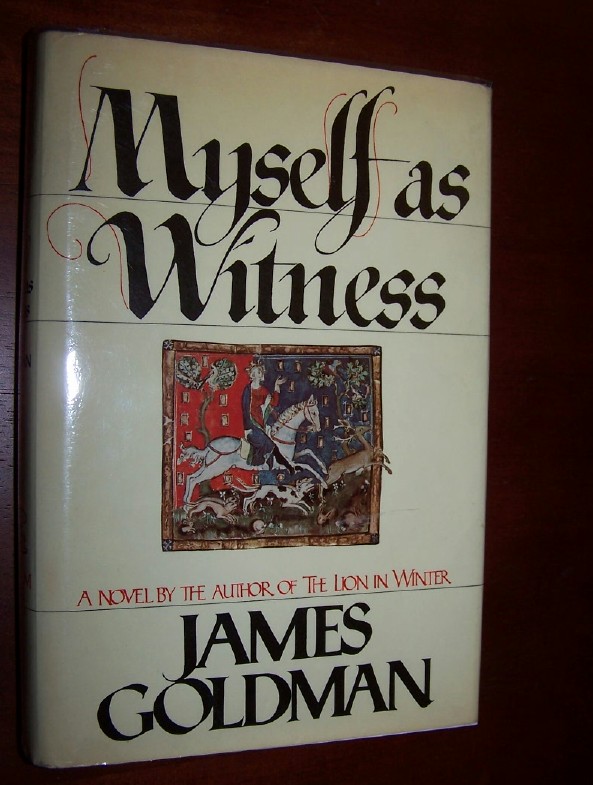 Autograph; Presentation Copy warmly INSCRIBED AND SIGNED by the author to Roger Stevens. Otherwise clean and tight in original binding in very good dustjacket. An historical novel set in the early days of 13th century England by James Goldman, playwright (The Lion in Winter), screenwriter (They Might be Giants, Nicholas and Alexandra, Robin and Marian), novelist, and Broadway lyricist. Roger Stevens was a founder and director of the Kennedy Center, a founder of the National Endowment for the Arts and a noted theatrical producer. A nice association copy. The inscription reads "For Roger - It's been a long time since Stanley Poole but I'll always be grateful and I wanted you to have this. As always, Jim Goldman. Blood, Sweat and Stanley Poole was a play written by James and William Goldman and produced by Roger Stevens in 1961. Peter Fonda was in the opening cast and won the 1962 Theatre World Award for his performance. ; Signed by Author; Experience the pleasure of reading and appreciating this actual printed item. It has its own physical history that imbues it with a character lacking in ephemeral electronic renderings.

Title: MYSELF AS WITNESS