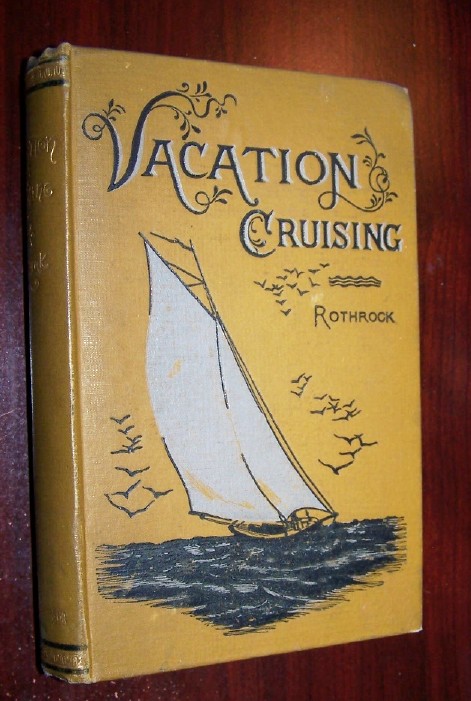 262 pages; Former owner's name on first blank (Philip T. Bell, dated 1885), otherwise a FINE copy - clean & tight in the original decorative cloth binding. Frontispiece & 4 full page plates, one text drawing. OCLC: 5684477 This journal of cruising on the Chesapeake and Delaware Bays in the late 19th century was written by Joseph T. Rothrock, a professor of botany at the University of Pennsylvania and President of the State Forestry Reservation Commission. He enlisted in the Union Army from Harvard in July 1, 1863, and saw action at Antietam and Fredericksburg, where he was seriously wounded. By the end of the Civil Was he was a captain in the 20th Pennsylvania Cavalry. During 1864-65 he joined the exploring party going to British Columbia and Alaska in connection with a proposed telegraph line from the United States to Russia by way of Bering Strait. Rothrock’s accurate description of the resources of Alaska was probably one of the determining factors which resulted in the purchase of Alaska by the United States. Bound in light brown cloth with pictorial image of a sailboat & seagulls on front cover, bright gilt lettering on spine.; Experience the pleasure of reading and appreciating this actual printed item. It has its own physical history that imbues it with a character lacking in ephemeral electronic renderings.