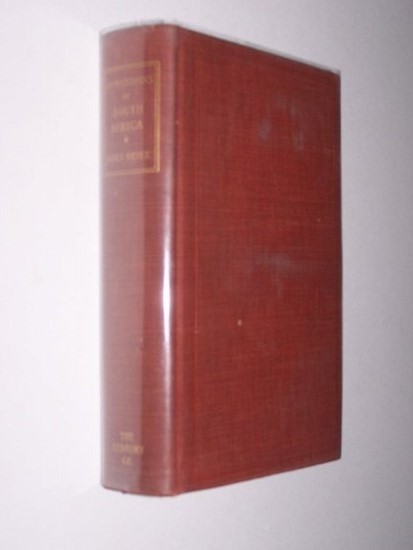 xxiv, (2), 499 pages; Clean and tight in original reddish brown cloth binding with gilt lettering at spine. James Bryce, 1st Viscount Bryce OM GCVO PC FRS FBA (10 May 1838 – 22 January 1922) was a British academic, jurist, historian and Liberal politician. Bryce was an ardent Liberal in politics, and in 1880 he was elected to parliament for the Tower Hamlets constituency in London. Bryce's intellectual distinction and political industry made him a valuable member of the Liberal Party; he acted as Chairman of the Royal Commission on Secondary Education and in 1885 he was made Under-Secretary of State for Foreign Affairs under William Ewart Gladstone. In 1894 he was appointed President of the Board of Trade in the new cabinet of Lord Rosebery, but had to leave this office with that whole Liberal cabinet as soon as 1895. In 1897, after a visit to South Africa, Bryce published this volume of Impressions of that country, which had considerable weight in Liberal circles when the Second Boer War was being discussed. He was one of the harshest critics of British repressive policy against Boer civilians in the South African partisan War. Taking the risk of being very unpopular for a certain moment, he condemned the systematic burning of farms and the imprisonment of old people, women and children in British concentration camps.