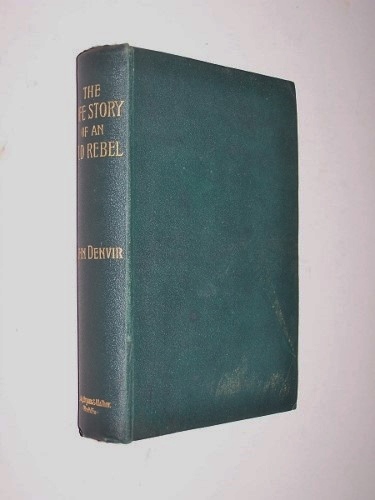 THE LIFE STORY OF AN OLD REBEL

viii, 288 pages; Clean and secure in original dark green cloth binding with gilt lettering at spine, toning to endpapers, shallow bump to top edge of rear board. Frontispiece portrait with tissue guard. Quite scarce in this first edition. The Life Story of an Old Rebel presents the record of a life devoted to the promotion and propagation of the cause of Irish Nationalism in Britain. Born in County Antrim, Ireland, the author John Denvir (1834–1916) spent most of his life in Liverpool, where he established a construction business and also worked for the Irish nationalist cause as journalist, publisher, cultural activist and political organiser. His was a Fenian at the time of the 1867 rising, after which he gravitated towards constitutional nationalism, seeing it as a more pragmatic route to Irish self-government. In addition to editing the Catholic Times, the United Irishman and the Nationalist newspapers, Denvir published the popular Illustrated Irish Penny Library. Denvir was a founding member of the Home Rule Confederation of Great Britain through which he gained an intimate knowledge of Irish nationalist networks and personalities.

Title: THE LIFE STORY OF AN OLD REBEL

THE LIFE STORY OF AN OLD REBEL