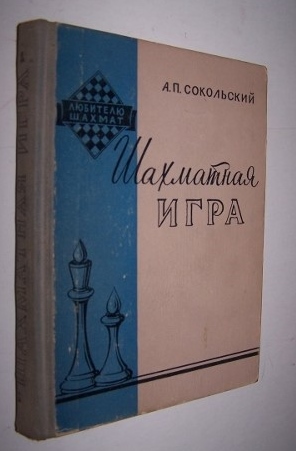 Miniatiurnaia biblioteka ; no. 2; 69 & [3, index] pages; Publisher's tan wrappers, with vivid illustration in b/w, rules in black and red and bold lettering on the covers; the spine has the printed notation "No. 2" vertically -- [this small book was from Povolozky's important series of tiny Russian books -- Miniatiurnaia biblioteka ; no. 2]. An excellent copy, with the wrappers clean and unmarked, no marks or damage to the text (one tiny lower corner is turned up, but not torn or missing). Poems written early in the period of his emigration to Europe by the great Russian poet of the Silver Age, Konstantin Dmitrievich Balmont. The poet's early productive years were mostly devoted to writing translations into Russian from a stunning variety of sources; Balmont mastered at least a dozen languages. After a failed attempt at suicide, Balmont was left with a persistent limp, but also with a new vigor and originality to devote to his own poetry. "Under the Northern Sky" and "Let Us Be Like the Sun" were quickly acclaimed as masterpieces of Symbolism. In these early years, Balmont had some radical sympathies and associations, but after 1917, he turned against the October Revolution. In 1919 and 1920, Balmont lived in Petrograd with his second wife, suffering appalling conditions and poverty which was not improved by having to support his first wife and child in Moscow. Somehow, Jurgis Baltrushaitis, then the head of Lithuanian diplomatic mission in Moscow, managed to press Russian officials to allow Balmont to leave the country. At the end of May, 1920, Balmont left Russia forever, settling with his family in Paris. He continued to write during these years, and this tiny and fragile book is one of the earliest of over twenty books published between 1920 and his death in France in 1942. Many of his fellow Russian emigre poets in Europe felt that his work during these years was not of the quality of the early works which made him famous. Vladimir Nabokov (S. Sirin) and Nina Berberova both expressed this judgement. Political considerations may have played a role in those opinions, as the anti-Bolshevik Russians in emigration were suspicious of the apparent ease with which he managed to leave Russia. Those more sympathetic to the Russian communists were influenced by attacks on Balmont in the Bolshevik press, in which he was accused of 'treacherousness' -- ["having been sent to the West on a mission to collect common people's revolutionary poetry abused the trust of the Soviet government."] Balmont found much to dislike in both the east and the west, and expressed these opinions quite forcefully. It did not help his cause that from about 1930 on, he appears to have slipped into mental illness. Modern critics tend to have more sympathy with Balmont's emigre work. In any case, this little book, entirely in Russian, by one of the most important poets of the century -- was probably produced in fairly small numbers for a community of emigre Russians, mostly in Paris and Berlin. There are a handful of copies located under two OCLC numbers [OCLC Number: 38662517 -- under the Cyrillic title; OCLC Number: 10831899 -- under the transliterated title we have used for this description]. See also: Andre Savine Digital Library (#19629 -- physical copy at the University of North Carolina).