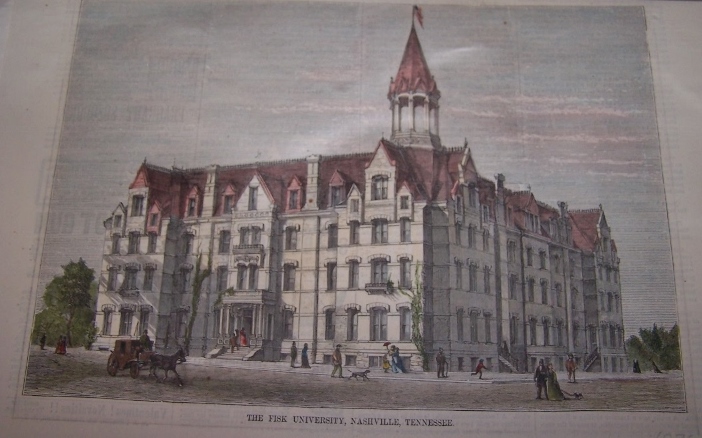 Wood Engraving; 1 pages; A wonderful hand-colored wood engraving depicting Fisk University in Nashville, Tennessee. Matted in white stock with clear mylar. Image measures 7" by 9" (11" x 14" matted) From Harper's Weekly, January 1876. This wonderful architectural print of the University includes several figures in the foreground including African American students. Fisk University is a private, historically African American university founded in 1866 in Nashville, Tennessee. The 40-acre campus is an historic district listed on the National Register of Historic Places. In 1930, Fisk was the first African-American institution to gain accreditation by the Southern Association of Colleges and Schools. The school was named in honor of General Clinton B. Fisk of the Tennessee Freedmen's Bureau, who made unused barracks available to the school, as well as establishing the first free schools for white and black children in Tennessee.