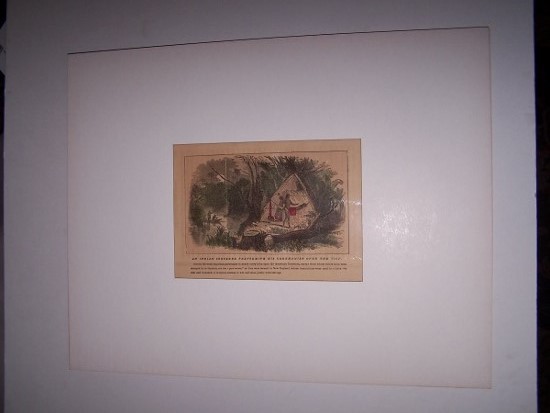 Wood Engraving; 1 pages; Interesting hand-colored wood engraving from Charles de Wolf Brownell’s The Indian Races of North and South America. Image measures 4" X 5 1/4" (14" x 11" matted). Matted in white stock with clear mylar. "Among the important personages in nearly every tribe upon the American Continent, except those whose habits have been changed by civilization, are the 'pow-wows,' as they were termed in New England, whose incantations were used to relieve the sick and wounded, or to secure success in war and other public undertakings.'

Title: An Indian Sorcerer Performing His Ceremonies Over the Sick [ Hand-colored wood engraving ]