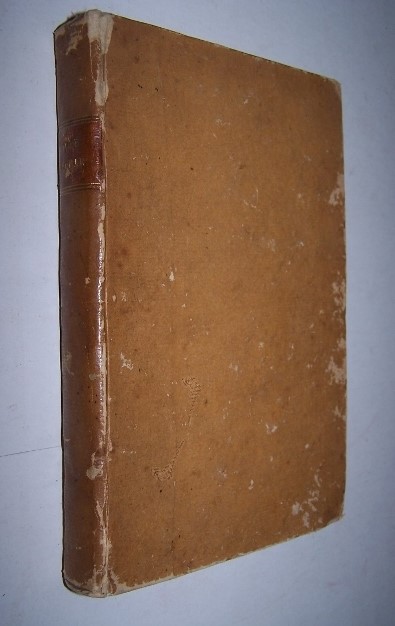 xii, 271, (1) pages; Text complete and secure, bound in contemporary boards with leather title label at spine. A few marginal ink marks, some shallow chipping to edge of half-title, boards rubbed with light chipping at extremeties, corners rounded. An interesting volume on rural law and forestry regulations, with some material relating to hunting and fishing. OCLC 1068404532 Louis Rondonneau (1759-1834) was a bookseller and publisher in Paris during the late 18th and early 19th centuries. After holding various research and administrative positions (in both the private and public sectors), In 1793, he resigned from his office as Chief of the Office of Decrees and Archives of the Seal at the Chancellery and established the series of publications known as the Depot des Lois, in association with the director of the Imprimerie Nationale tienne-Alexandre Anisson-Duperron. The Depot des Lois comprised all the important legal edicts, declarations, judgments, orders, etc., from the time of St. Louis to the early 1800s. Additionally, he made the material more accessible by classifying it by subject. He further was responsible for publishing several useful guides to applied law in various fields, including a Rural/Agricultural Code, a Hunting Code, and a Forestry Code. Rondonneau became sole proprietor of the Depot de Lois in the year VII (1798-1799). Rondonneau sold off a large part of his collections to the state in 1803, 1804 and 1806. Toward the end of 1806, he proposed the creation of a "Dpt gnral des pices... relatives l'administration, la lgislation et l'histoire nationale" which would become a division of the Bibliotheque Imperiale directed by himself, but the proposal was rejected by the Grand Juge. Sadly, he declared bankruptcy in March of 1809 and his printing works were sold to Andr-Franois Hacquart. Rondonneau took a post as Assistant librarian at the Conseil d'tat from January 1810 to 1816.