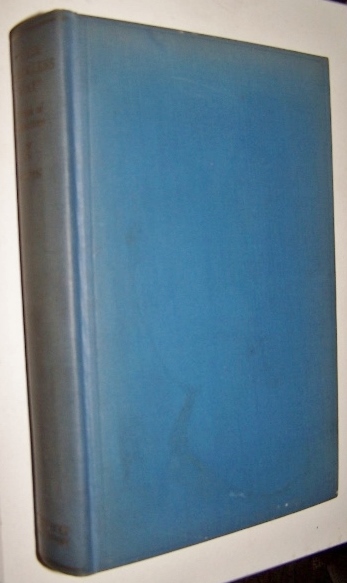 THEIR TRACKLESS WAY A Book of Memories

Autograph; (xvi), 330 pages; Clean and secure in original slate blue cloth binding with gilt lettering at spine. Inscribed by the Author on ffep to Mary [Mrs. Hennen Jennings] - "To Dear Mary / with my love in memory / of our happy hitch / January [?] 19th to 26th 1933 / 2221 Massachusetts Ave / from Adele" Adele Chapin (1862-1938) was born in Belmont Plantation, St James, Louisiana to Louis Sosthenes LeBourgeois and Elizabeth Ann Charless. She grew up on the family plantation and was educated first at home with tutors preparing her three Yale-bound brothers and then at the Mrs. Porter's boarding school in Farmington, CT. In 1882, she married one of her brother Edward's college friends, Robert W. Chapin, scion of an old Springfield railroading family and cousin of the Barneses of Coldbrook. She first discovered the Berkshires on their honeymoon at Broadhall, the old Melville house, now the Pittsfield Country Club. Robert Chapin's career with the Ingersoll Rand Company led the Chapins to reside at various times in New York City; at "Nowood" in Lenox, Massachusetts; in South Africa and at 34 Kensington Square in London. With her fervid interest in people and intellectual conversation, Mrs. Chapin created salons wherever she lived -- Lenox, New York, Johannesburg and in London. Her entertainments included such guests as John Singer Sargent, Mark Twain, Ambassador and Mrs. Joseph Choate and James McNeill Whistler, Sir Alfred Milner and Cecilia Beaux. She even welcomed First Lady Frances Cleveland to stay at Nowood in 1890. While Adele Chapin was in South Africa from 1899 to 1902, Olive Schreiner wrote her an enthusiastic letter of introduction to Jan Smuts, a key political figure in the pre-war Transvaal. Viewing Chapin as an unofficial spy for Britain, given her closeness to Milner and Chamberlain, Schreiner's letter conveyed to Smuts and Chapin that their association might enable the Transvaal to convey the political information they would like British leaders to know through a trusted source. Her memoir, Their Trackless Way, is filled with personal anecdotes about fascinating figures of the era -- Mark Twain, Saint-Gaudens, Sir Alfred Milner, John Singer Sargent, James McNeill Whistler. Inscribed to Mary Jennings, wife of James Hennen Jennings (1854-1920), a mining engineer, born at Hawesville, KY. After attending private schools in London and Derbyshire, England, Jennings returned to Kentucky and set up a lumber business, but soon wanted to further his engineeering education. He graduated from the Lawrence Scientific School of Harvard University in 1877 with the degree C.E. Jennings then headed West and worked in gold and quicksilver mines in California for the next ten years. In 1887 he went to Venezuela for another mining job. Finally, his talents as an innovative mining engineer, took him to South Africa. During 1889-1905 he was consulting engineer of H. Eckstein, in Johannesburg, and Wemher Beit, in London. Jennings was chiefly responsible for the development and expansion of their mines, employing the most technologically advanced methods and equipment available in the day. In the rough and tumble of South Africa, he managed to keep out of John Hays Hammond's conspiracy to overthrow Kruger's government and to earn a fortune (the equivalent of about 10 million pounds in 2014) before he returned to America in 1905. ; Signed by Author

Title: THEIR TRACKLESS WAY A Book of Memories

Keywords: Social History Literary salons The Berkshires in the nineteenth century Johannesburg at the turn of the 19th century Memoirs of Social Life Boer War Randlords

THEIR TRACKLESS WAY A Book of Memories