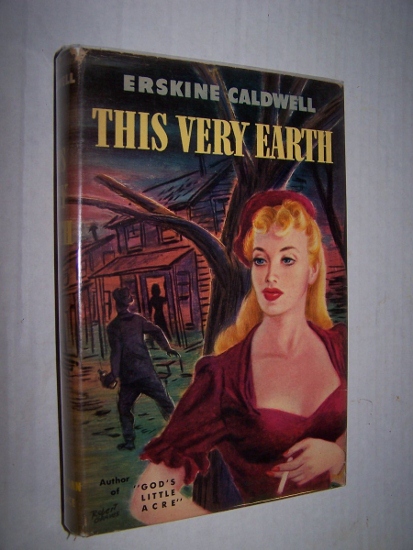 254 pages; Clean and tight in original binding in wonderful lurid dustjacket (price-clipped) designed by Robert Graves. A classic of mid-20th century Southern literature, this "sordid, tragic story, told with Caldwell's horrifying clarity of perception." Erskine Caldwell (1903 – 1987) was an American novelist and short story writer from Georgia. His writings about poverty, racism and social problems in the American South won critical acclaim, but alienated him from many of his fellow Southerners, who were insulted by his portrayal of their culture. ; Experience the pleasure of rea...
View More...