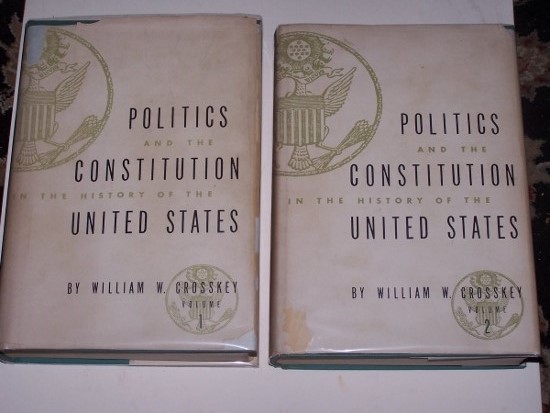 Both volumes clean and tight in original green cloth binding in edgeworn chipped, dustjackets (now in protective mylar covers). William Winslow Crosskey's reputation as a constitutional historian rests upon his Politics and the Constitution in the History of the United States (1953), a learned, controversial reinterpretation of the framing of the Constitution. Crosskey, a professor of law at the University of Chicago, argued that the Framers of the Constitution sought to create a unitary system of government with virtually unlimited legislative powers, that Congress would have supreme authori...
View More...