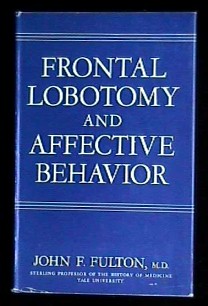 Fulton founded the first American laboratory for primate physiology. John Farquhar Fulton was a physiologist, an historian, an experimental neurosurgeon, a researcher, a bibliophile and bibliographer, a writer of astounding range and productivity, and the foremost exponent of a union of medicine and humanities, science and history, in the teaching of medicine. He is known for his pioneering work in neurophysiology -- he outlined the basic concepts of the workings of the brain which later led to the development of the operation know as frontal lobotomy. [from Henrietta T. Perkins obituary of F...
View More...