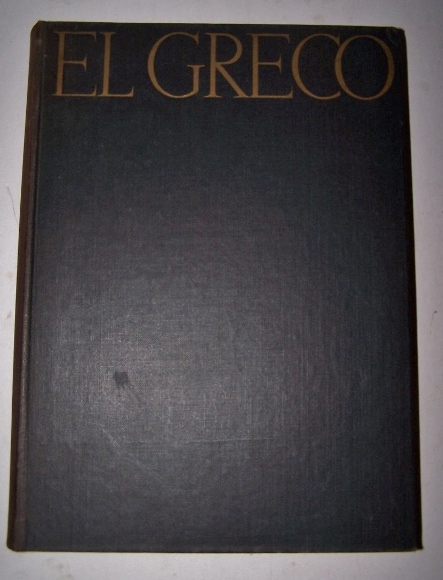 Tipped-in colour frontispiece. 30pp text with illustrations and bibliography, then 244 illustrations including occasional tipped-in colour plates, and indexes. Inscribed on ffep Christmas, 1938 / Polly / from Kim [Roosevelt]. Kermit "Kim" Roosevelt, Jr., grandson of Theodore Roosevelt, joined the Office of Strategic Services (OSS) after college and worked in the Middle East during the Second World War. After the War, Roosevelt was recruited to the espionage and counter-intelligence branch of the Central Intelligence Agency. He became the mastermind of the CIA's Operation Ajax, which... View more info 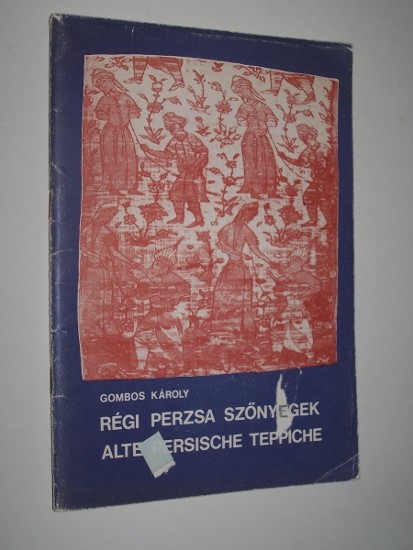 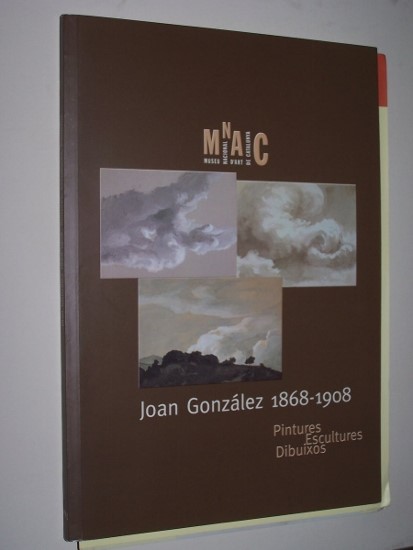 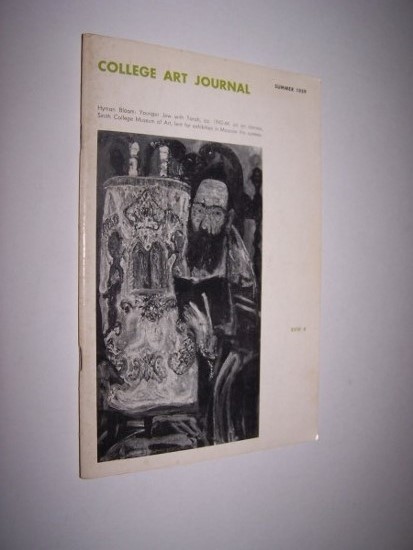 Volume XVIII, No. 4; 94 pages; Clean and tight in original pictorial wrappers. Summer 1959 issue of this rather scarce academic art journal, comprising pp 287-380 of Volume XVIII. Some of the articles include: American Painting and Sculpture 1930-1959 by Lloyd Goodrich; Books on Art Appreciation by Thomas Folds; Frank Lloyd Wright's Testament by Sibyl Moholy-Nagy; Leonardo's Trattato by Fredeick Hartt; Observations on the New Art by Ludwig Hilberseimer; etc. One issue of the serial listed as OCLC: 1642589. View more info 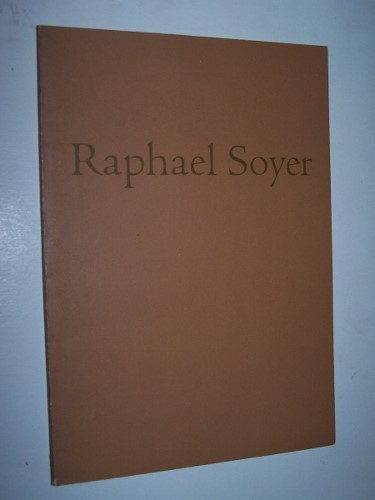 Raphael Soyer An Exhibition Of Drawings And Watercolors

Publisher: Athens, Georgia Museum of Art at the University of Georgia: 1968

5 May Through 5 June 1968; 60 pages; Clean and tight in original stiff wrappers. "Long ago the streets of New York were my studio. I went out to draw people in the parks, on the bridges, on the piers. Today New York is monstrous and inaccessible and I am older. I bring the world into my studio. The content of my work remains the same -- people. ... These drawings are not only a record of my years of work, but I hope they are also, to some degree, a reflection of the life and conditions of our times." -- Raphael Soyer from the foreword. View more info 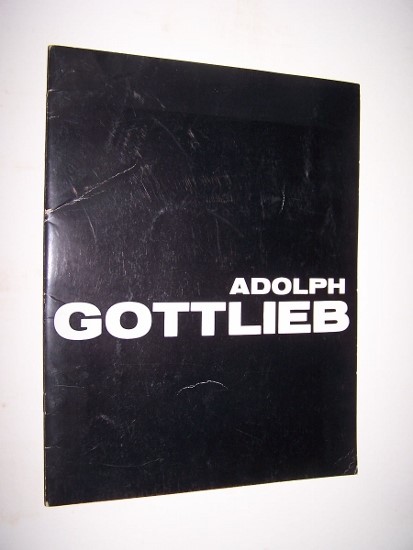 ADOLPH GOTTLIEB - An Exhibition of 16 Recent Paintings By Adolph Gottlieb

Clean and tight in original glossy wrappers. An exhibition at Sidney Janis Gallery opening Monday 4 to 7, October 1 thru 27, 1962. Fifteen works illustrated, along with two images of the exhibition. Adolph Gottlieb (1903 – 1974) was an American abstract expressionist painter, sculptor and graphic artist. He was one of the most traveled New York Artists. In 1923, he studied at Parsons School of Design and Cooper Union. After a one man show in the 1930s, Gottlieb achieved recognition from the art community. From 1935 until 1940, Gottlieb and nine others (Ben-Zion, Ilya Bolotowsky, Louis Ha... View more info 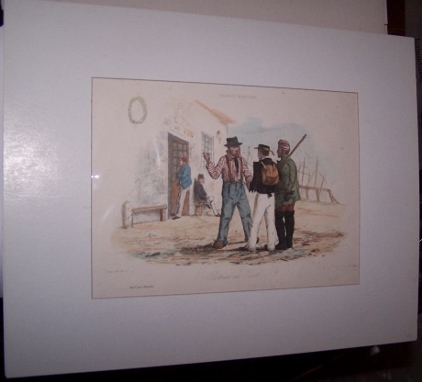 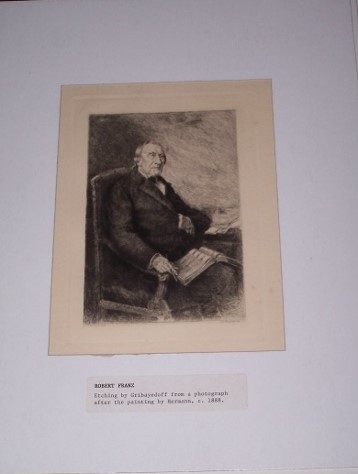 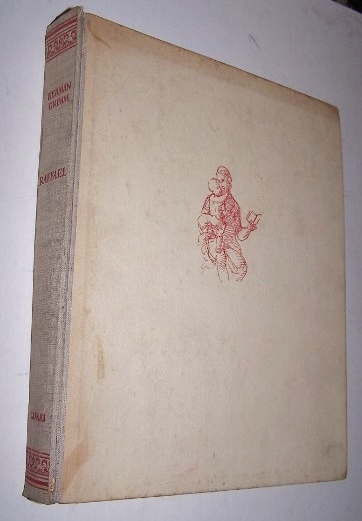 320 pages; Publisher's boards, backed with flat linen, small Madonna and child device after a drawing by Raphael. A few stray marks to the boards and toning of the text paper, but a well preserved copy. The author, Herman Grimm [1828-1901] was the son and nephew of the renowned collectors of children's tales -- the Brothers Grimm. Grimm was the first holder of the chair of Art History at Berlin, in 1872 -- [Lehrstuhl für Kunstgeschichte] -- and in that same year published the first, preliminary edition of this book, as 'Das Leben Raphaels.' He considered Raphael and Michelangelo to hav... View more info 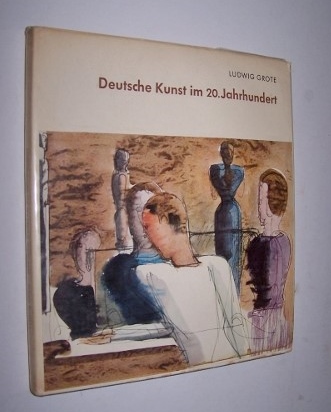 Publisher's grey-green cloth, in color pictorial dust jacket (and outer clear acetate). A sound copy, with a trace of toning to the bottom edge of the dust jacket, and just trace hints of adhesion between a few of the plates which were printed on coated paper. Second, revised edition of this classic study of German 20th century art. Richly illustrated. View more info 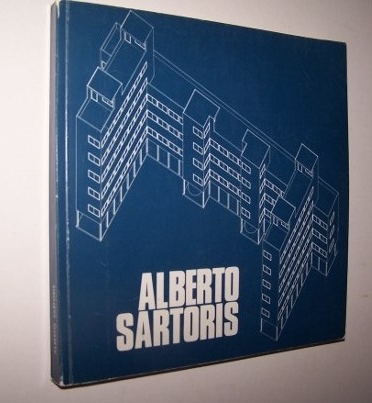 60, 12 pages; Exhibition Commemorating Twenty Years since the Uprising of the Yugoslave People. Text in Serbo-croatian. 60 pages of text and 8 of illustrated plates. Former owner's blaindstamp on titlepage, also a pencil translation of title. OCLC: 600848789; Experience the pleasure of reading and appreciating this actual printed item. It has its own physical history that imbues it with a character lacking in ephemeral electronic renderings. View more info 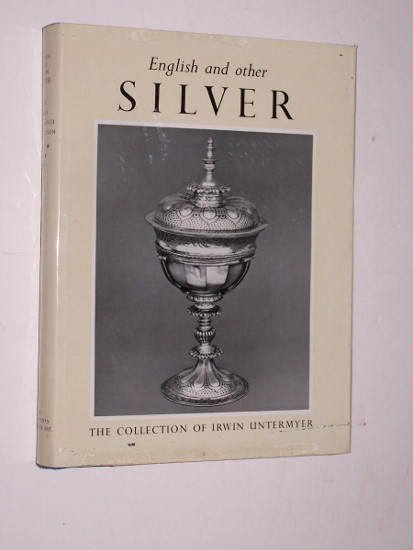 ENGLISH AND OTHER SILVER IN THE UNTERMYER COLLECTION

Dustjacket is price-clipped. Fabulous silver objects from the Tudor period to the nineteenth century, presented in chronological order, with enlargements of hallmarks. Wonderful photographic illustrations. An important collection of silver and useful reference. ; Experience the pleasure of reading and appreciating this actual printed item. It has its own physical history that imbues it with a character lacking in ephemeral electronic renderings. View more info 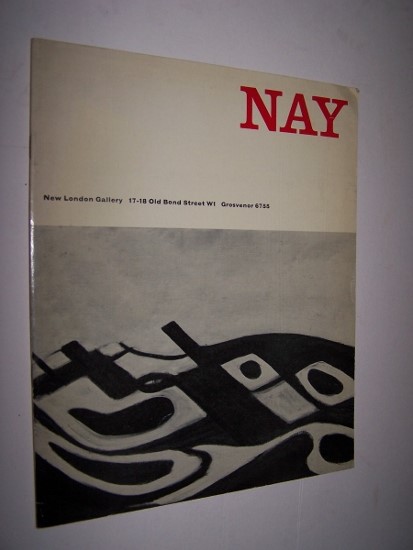 Clean and tight in original pictorial wrappers. Four colour plates tipped-in. Ernst Wilhelm Nay (1902 - 1968) was a German abstract painter influenced by L'Art Informel. Nay studied under Karl Hofer at the Berlin Art Academy from 1925 until 1928 and his early artistic influences were Ernst Ludwig Kirchner, Henri Matisse, Caspar David Friedrich and Nicolas Poussin. In 1937 two of his works were shown in the notorious "Degenerate Art" exhibition and Nay was thence forward forbidden to exhibit or even to buy paint & materials in Germany. View more info 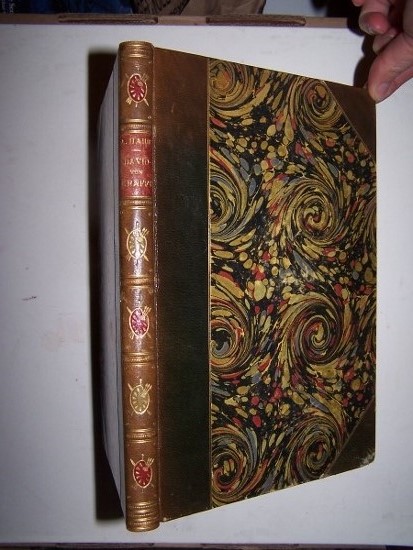 144 pages; This biography of an important Swedish Court Painter is beautifully and appropriately bound at or near the time of publication by G. Hedberg, Royal bookbinder in Stockholm: black straight-grained morocco over swirl-marbled paper-covered boards, five raised bands on the spine, with elaborate gilt-stamped decoration and central devices depicting an artist's palette with three arrows through the finger hole -- the palette bodies have alternating onlays of red and pale green leather, red label lettered in gilt in the second panel, pale floral endpapers in a Jugendstil pattern, edges of ... View more info

Portraits of the English Civil Wars

The Face of War; 100 pages; Clean and secure in original pictorial stiff wrappers. Iluustrated throughout. The period of the English Civil Wars (1642–1651) was one of the most momentous in British history. Though the events of this significant time period have been examined in great detail from a historical point of view, the period has never before been discussed in detail focusing specifically on portraiture. Art historians have tended to ignore the timeframe because it falls between Van Dyck, court painter to Charles I, and Sir Peter Lely, court painter to Charles II. But this book seeks ... View more info 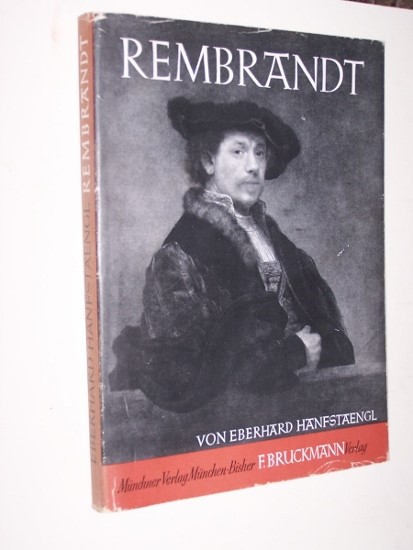 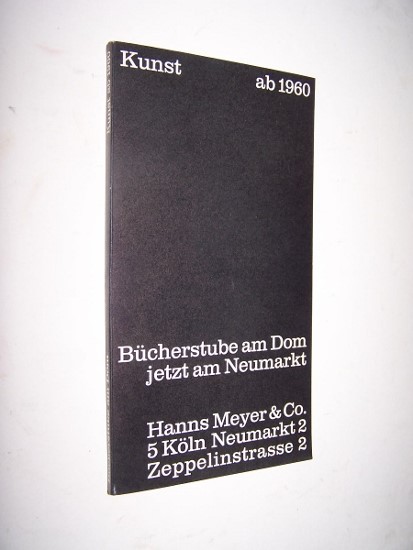 142 pages; Publisher's black wrappers, lettered in white. An interesting and extensive priced catalogue of art books and periodicals published by Hanns Meyer & Co. in connection with their stand at "documenta 4" in Kassel. While the catalogue is undated, the fourth of the Documenta gatherings took place over the hundred days between 27 June – 6 October,1968 -- this catalogue certainly dates from that period. "documenta4" was the first to have been directed by a committee, rather than by the founder, Arnold Bode; it featured a selection of Pop Art, Minimal Art, and Kinetic... View more info