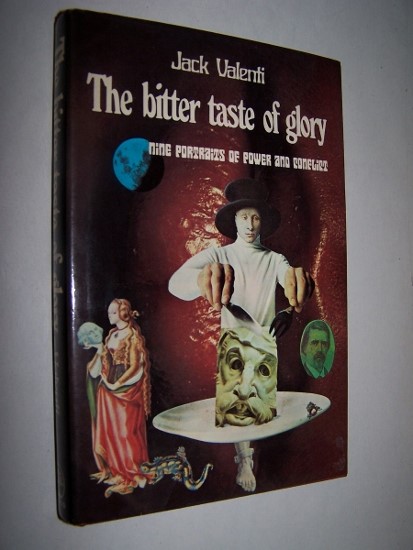 91 pages; Clean and tight in original burgundy cloth with gilt lettering. Frontispiece and three additional illustrated plates. OCLC: 11198076 Frontispiece has some foxing, and in 3 places a brief marginal pencil note with supplemental information. This fascinating book is the author's reminiscences of her time in Washington in the 1830s and 1840s. The author relates detailed memories of people and events in Washington and Georgetown, such as Mrs. Doyle and her negro servent being struck by lightning in the doorway of her Georgetown house on Bridge Street on Aug. 12, 1839. Or that of the... View more info

vi, 364, (6) ads pages; Clean and secure in original green cloth binding with lettering and decorative stamping in black. Mary Alsop King Waddington (April 28, 1833 – June 30, 1923) was an American author. She particularly wrote about her life as the wife of a French diplomat. Mary was born in New York City, New York on April 28, 1833 the daughter of Charles King (1789–1867),[2] an American academic, politician, newspaper editor and the granddaughter of U.S. Senator Rufus King (1755–1827), the Federalist candidate for both Vice President (1804 and 1808) and President of the United Sta... View more info 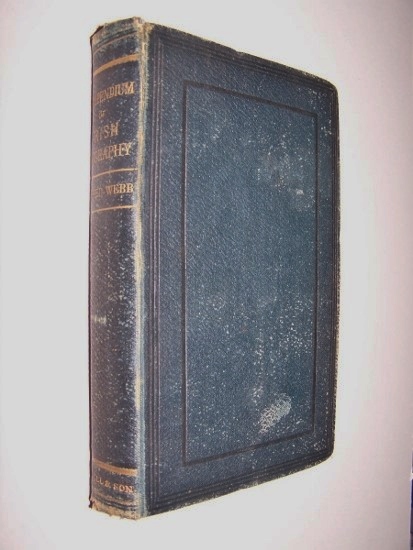 A COMPENDIUM OF IRISH BIOGRAPHY Comprising Sketches of Distinguished Irishmen, and of Eminent Persons Connected with Ireland by Office or Their Writings 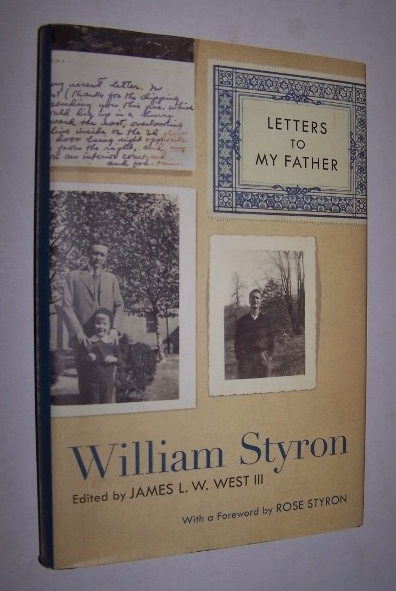 LETTERS TO MY FATHER - William Styron

Southern Literary Studies; 238 pages; Contents clean and secure in original binding, dustjacket clean and fresh; corner of ffep clipped. From the flap: "I've finally pretty much decided what to write next -- a novel based on Nat Turner's rebellion," twenty-six-year-old William Styron confided to his father in a letter he wrote on May 1, 1952. Styron would not publish his Pulitzer Prize--winning The Confessions of Nat Turner until 1967, but this letter undercuts those critics who later attacked the writer as an opportunist capitalizing on the heated racial climate of the late 1960s. Fro... View more info 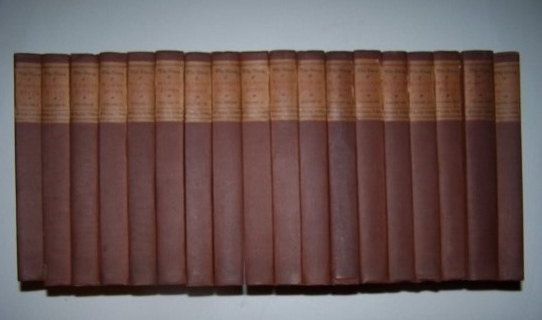 By: Wheatley, Henry B. ; Samuel Pepys

(vi), 247 pages; Clean and tight in publisher's brown polished buckram cloth binding with gilt lettering at spine and gilt ruling at top of front board, top edges gilt. An extremely nice example of this handsomely produced book, with only faint rubbing and two very tiny chips to the cloth at the spine ends. The First Edition - as indicated by the presence of the date 1896 on the title page as well as the copyright page. OCLC: 184212 In 1896, Wilson had served on the Princeton faculty as professor of jurisprudence and political economy for six years. The Princeton Presidency would come in 1... View more info

Eulogy on the life and character of Gen. Andrew Jackson Pronounced by the Hon. Levi Woodbury, in the Universalist Church, Portsmouth, N.H. ... July 2d, 1845

11 & [1, blank] pages; Stitched, as issued (never bound into a volume). Although largely forgotten today, Levi Woodbury [1789-1851] had a remarkably varied career in state and federal government of his time. Woodbury served as a member of the Cabinets of two U.S. Presidents, as a state legislator and later, U.S. Senator, as Governor of New Hampshire, and, finally, as an Associate Justice of the U.S. Supreme Court. He is one of only three men to have served in all three branches of Federal Government and as Governor of one the States -- (the others were Salmon P. Chase and James F. Byrnes). W... View more info